Signs You are Failing Your Interview 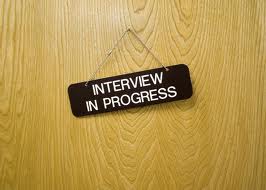 You may already know that interviewers pick up on your body language and may even base their hiring decisions on it to some extent. But nonverbal communication goes both ways. Hiring managers also give subtle, unconscious signals that they're interested in you -- or, in many cases, are losing interest.

Here are some subtle signs that you may be headed for the reject pile, and how your words and gestures could turn things in your favor:

Signs: Stops taking notes; looks repeatedly at clock or watch; dramatically picks up the pace of questioning.
Message: “I’m bored by you.”

“It’s fine to stop and say, ‘I have a question for you, if you don’t mind,’” body language expert, corporate trainer and commentator Susan Constantine tells Monster.com. “And when you do this, pause and change inflection to get their attention. You can also use hand gestures when talking to add emphasis and punctuate points of interest.”

The only way to mitigate an unintentionally offensive gaffe is to address it directly, experts say. Ask whether you’ve said something impolite or offensive, and apologize.

Signs: A momentary smirk; raised eyebrows.
Message: “I disagree, or I don’t believe you.”

If you think your comments are meeting resistance, it’s OK to address that directly, says Ronald Riggio, PhD, a professor of leadership and organizational psychology at Claremont McKenna College. “You can be straightforward and politely say, ‘I get the sense that you don’t agree with what I’m saying. Is there anything I can clarify for you?’”

Sign: Reads your resume through the whole interview.
Message: “I’d rather be anywhere else.”

This one might not be your fault. Some people are just bad interviewers, or they don’t like questioning job seekers. Still, you might be able to save the interview. Be direct and change the dynamic, Riggio says. “You can say, ‘What can I tell you about my background that will help you realize that I'm a very good fit for this job?"

You can also avoid the nose-in-the-paper problem by putting your resume in the center of the desk instead of handing it directly to the interviewer, Constantine suggests.

Experts agree that several signs indicate the interview is going well. In these cases, the interviewer will:
Look at All the Signs

It’s important not to take any one negative or positive sign out of context, according to Mark Bowden, author of Winning Body Language.

“There are no foolproof signs to tell exactly what an interviewer is thinking,” Bowden says. “Use nonverbal cues as a guide or an indication, but don't jump to firm conclusions. For example, if their pace increases and they cut answers short, it could mean that they have lost interest, or it could mean they are simply running short on time.”

Constantine recommends sharpening your eye for cues by noticing an interviewer’s “baseline behaviors” before you make an assumption about him. “What is the interviewer doing right off the bat? It’s possible that he or she always fidgets or scowls, and that may have nothing to do with you,” she says.


Want to get a job fast? Signup and complete your profile on MyJobMag. Employers will find you 4x faster with a complete profile. You can download your completed profile anytime
Signup Now