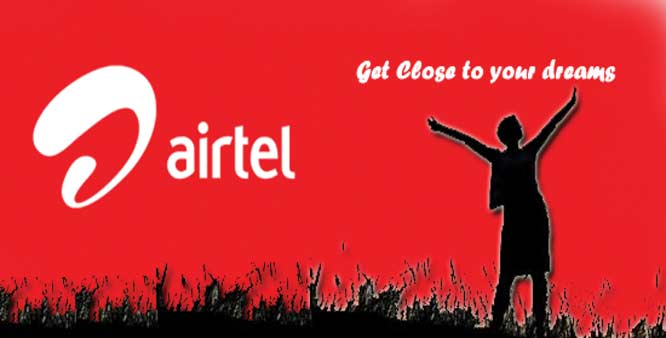 One of Nigeria’s telecoms companies, Airtel, has sacked 30 per cent of its workforce. New Telegraph exclusively gathered that the affected employees from some departments, who were ‘caught unawares,’ received their sack letters last Friday. “We were served the sack letters on Friday and as I received my letter, I just walked out,” says one of the affected workers, who spoke on the condition of anonymity.

The ex-worker explained, “the development was shocking as I don’t have any other job.” Another female worker of the company, who also did not want her name mentioned, explained that the development left her devastated. Industry analysts say the development is a reflection of the distress being faced by most of the playlBanks ers in the nation’s telecoms industry. “What we heard is that about 30 per cent of us were sacked and I just hope that I would have a second chance to be re-absorbed,” he said.

However, another worker affected by the Airtel action said that he was still happy with the way the telecoms company went about the restructuring exercise, claiming that Airtel paid workers that were laid off four-months salaries upfront to assuage the effect of the exercise on them.

“Though the development came as a rude shock, I still believe that Airtel has been fair because when they gave us the letters last Friday, we were paid up till the 15th month, meaning that they paid us for November, December 2015 and for January, February and March next year.

At least, I can use the money to take care of myself pending the time I would get a new job,” she said. Meanwhile, the Director, Corporate Communications and Corporate Social Responsibility of Airtel, Mr. Emeka Oparah, in an email response to New Telegraph’s enquiry confirmed that there was an ongoing staff restructuring.

“Airtel Nigeria is embarking on a strategic restructuring that will reposition the business and reinforce its competitiveness in the market place,” he said. He was, however, silent on the percentage of the workforce affected. According to him, “the exercise, which is focused on aligning the company’s structure with its operating model, also entails a right-sizing that will impact a section of our current workforce.” He assured that in accordance with best practice, a robust plan had been put in place to cushion the effect of the exercise on the impacted employees and ensure that the process is seamless.

“One of the key objectives is to create a high performing organisation, which satisfies the needs of all of our stakeholders, especially our customers, as we step into the next growth phase of our operation,” he said. Another source told New Telegraph that “the affected staff received three months salaries in lieu of notice and an additional one month for every year they have worked.”

Earlier on Monday, an Airtel source told our correspondent that the action was predicated on the telecoms company’s realisation that there has been duplication of staff for certain responsibilities. “The redundancy of some staff, where you have 10 people in a department that should have just six people to do the job, amounting to unnecessary overhead, is responsible for the Airtel’s action and any company could have done same. Even the media industry also downsizes. So what are we talking about? It was an administrative action and not an exercise intended to make life difficult for the people,” he said.

Airtel Nigeria, which used to be the second largest telecoms company in subscriber base, narrowly lost its second place to Globacom in the second quarter of 2014.According to the latest industry status report released by the telecoms regulator, the Nigerian Communications Commission (NCC), there were 150.6 million active mobile subscriptions on telecoms networks with teledensity standing at 107.61. Of this figure, MTN Nigeria had 62.4 million, Globacom came second with 31.3 million, Airtel had 31.1 million while Etisalat came fourth with 23.4 million subscribers. Telecoms operators have been facing declining revenue with increased operational expenditure (OPEX) and capital expenditure (CAPEX).

The development is worsened with the decline in the Average Revenue Per User (ARPU). ARPU, which hitherto stood at up to $10, has fallen to about $6 currently. To cut down their CAPEX and OPEX, telecoms companies including Airtel, have taken a business decision to outsource most of its infrastructure, especially base stations (BTS), to a third party infrastructure management company. Already, as a result of the distress the telecoms company is facing, it has sold over half of its telecoms towers in Nigeria and other African countries where it is operating.

The Economic Times of India, an online news platform, reported on October 20, that Barti Airtel has completed the sale of about 8,300 mobile towers in Africa including Nigeria, for $1.7 billion, which will be used for reducing debt. “We have completed the sale transactions in seven countries for approximately 8,300 towers representing close to 60 per cent of the total tower base,” the online platform quoted Airtel as saying in a statement. Barthi Airtel has around 14,000 mobile towers in Africa and has decided to exit the tower business.

“The total value of proceeds from the concluded transactions in these seven countries is over $1.7 billion and is being utilised for reducing the debt of the company,” the statement said. The net debt of Airtel was $4.7 billion as at the end of June this year. The agreements to sell mobile towers have lapsed in four countries while the process is on in two countries, it added.

Airtel said that sales and lease back shall continue to remain a strategic priority for Airtel in all its operating countries across Africa and accordingly the balance towers will also be disposed of over a period of time. Analysts say the latest downsizing in the Nigerian operation of Airtel is in line with the overall objectives of cutting down its OPEX.

Consumer rights activist, Chief Deolu Ogunbanjo, condemned the ‘new development’, saying “why would they be doing this at a time when the industry is looking up?” He said: “Why must they be down-sizing or right-sizing at this time? I hope they are not looking for how they would move into casualisation or outsourcing certain tasks to some foreign firms that will come to Nigeria and be giving our people pittance for their labour.”

He called on the Minister of Communications, Barr. Adebayo Shittu, to begin to look into the matter, saying, “we should be careful the way this foreign companies treat our people.”