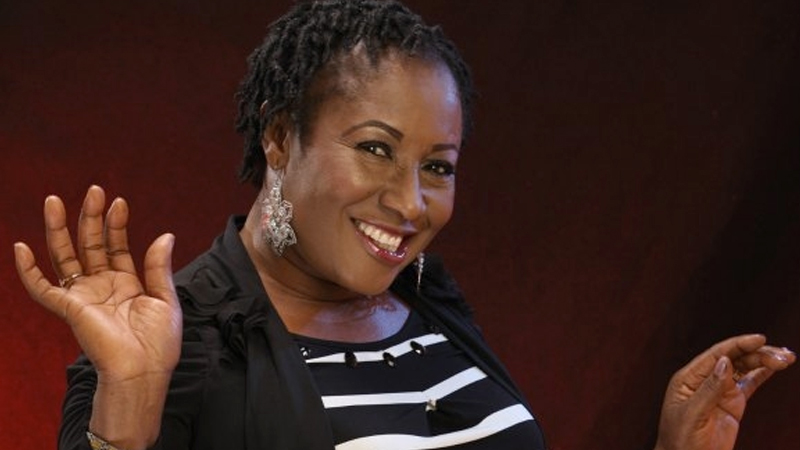 Once in a while, we might find ourselves wondering if it's not too late for us to achieve our biggest dreams or get success.  If you feel that way, you're not alone; but you might be mistaken.  Our team has compiled a list of 8 Nigerians that prove that it's never too late to achieve success.

In so many industries, there is an emphasis on youth – what’s fresh and current. But you guys have heard that popular saying “there’s no time like the present” right? Well, you’ll be glad to know, that sentiment doesn’t suddenly expire as soon as you leave your twenties.

Yeah, you already tried and failed (maybe more than once), whatever, that doesn’t matter. These inspiring Nigerian success stories ranging from entrepreneurs to actors, prove it’s never too late to follow your dream and achieve success.

While he is the son of the famous theatre and film  producer/director Ade Love, Mr Afolayan only became really active in the Nigerian film industry when he turned 30. He initially majored in economics and started out working in a bank while doing some casual acting, before deciding to move into full-time filmmaking and taking a course at the New York Film Academy.

2. Sefi Atta published her first novel at the age of 41

Sure, her short stories had appeared in various literary journals like the Los Angeles Review, but Sefi Atta’s first novel Everything Good Will Come was not published until 10 years ago, receiving widespread critical acclaim, including the Wole Soyinka Prize for Literature in Africa.

He started acting when he was 15, through a teacher who was a member of the Ori Olokun Theatre group at the University of Ibadan. After he lost his father, he traveled to America in his late twenties but returned to Nigeria at the age of 50 to continue his acting career.

He finally garnered widespread popularity after he landed a leading role in the Nigerian Soap opera, Tinsel that began airing in 2008.

4. While he was already a successful broadcaster, Pete Edochie only landed his first major acting role at 40

He is regarded as one of Africa’s most talented actors, but for the earlier part of his life, Pete Edochie was in radio broadcasting. Starting off as a junior programmes assistant, then eventually rising to the level of a Director of programmes, sometimes doubling as Deputy Managing Director and occasionally acting as Managing Director. He took on many roles behind the scenes but did not come into the limelight until his forties, when he landed the lead role of Okonkwo in the TV adaptation of Chinua Achebe’s Things Fall Apart.

5. Tiwa Savage did not release her first album until she was 33

While Tiwa Savage had already started lending her stellar vocals to big names like George Michael in her teens, she only signed a music deal with Sony/ATV Music Publishing at 29, a deal which led her to her first Grammy nomination at 30 for her work on Fantasia’s ‘Collard Greens and Cornbread.’

However, she only became a star in her right after releasing her first hit single Kele Kele Love. Her first album, Once Upon a Time wasn’t released until 2013, at the age of 33.

6. Patience Ozokwor got her first film role at the age of 40

While she did a number of plays in her teacher training days, thanks to her literature teacher, Patience Ozokowor eventually left drama for work at Radio Nigeria. It was the positive reaction to her role in a mass orientation commercial, where she played the wife of Peter Eneh, that finally pushed her back into acting. She got her first lead role at 40, but it was her role in Authority a year later that finally shot her into the limelight.

7. Jason Njoku didn’t launch the super-successful iROKOtv until he was 31

While studying Chemistry at the University of Manchester in 2005, Jason embarked on his journey to become an entrepreneur.  He faced some daunting failures, most notably, Brash Magazine (read up on that here), and he racked up some serious debt but he never gave up on his dream of becoming a modern-day capitalist.

He eventually founded iROKO Partners with Bastian Gotter in December 2010, iROKOtv a year later, and the rest is history.

Before he founded Konga, Sim had started a dating site Alarena.com (later called Lovebase), a job placement site called JobClan.com, a classifieds site GboGbo.com and the media streaming service iNollywood.com.  According to him, they all failed because they were “ahead of their time”.  However, that never discouraged him from continuing on his entrepreneurship journey.

He kept pushing and he eventually found success in 2005 with E-Motion, an out-of-home media firm.  Rather than stay satisfied, he kept moving forward and 7 years later, he broke new ground in e-commerce in Nigeria – with DealDey and later Konga.com

These people prove that it’s possible to find yourself and that thing that’ll enable you make a name for yourself at any point in time. No matter how difficult today might seem, remember this – Don’t Stop Moving Forward.