Your Life Is In Your Hands 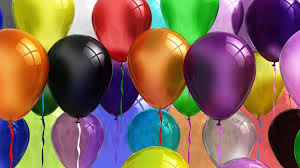 Several years ago, a balloon salesman was selling balloons on the street of New York City. When business got a little slow, he would release a balloon. As it floated into the air, a fresh crowd of buyers would gather and his business would pick up for a few minutes. He alternated the colours, first releasing a white one, then a red one and later a yellow one. After a time, a little Negro boy tugged on his coat sleeve, looked the balloon salesman in the eye and asks a penetrating question.

Mister, if you released a black balloon would it go up?” The balloon salesman looked at the little boy and with compassion, wisdom and understanding said, “Son, it’s what’s inside those balloons that makes them go up” the little boy was fortunate indeed to encounter a man who could see with more than just his eyes. With good eyes you can see to run or walk, work or play. The person who can see with his heart and his eyes can also reach out and touch the spirit within another human being and reveal the good that lies in him.

Yes the balloon salesman was “right” – It’s what’s inside you that make you go up. You can do the impossible with the available amount of time.