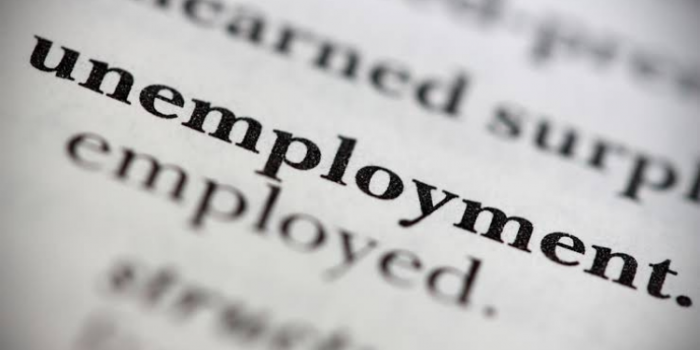 As the world economy grapples with fallbacks of the COVID-19 pandemic, the unemployment rate has risen to an astronomical level. Even more disturbing is the fact that the youth population is especially hard-hit.

Note: The unemployed young people are those aged between 15-24 without gainful employment.

Using the date above, here is a table to demonstrate the percentage of each country’s youth unemployment rate: 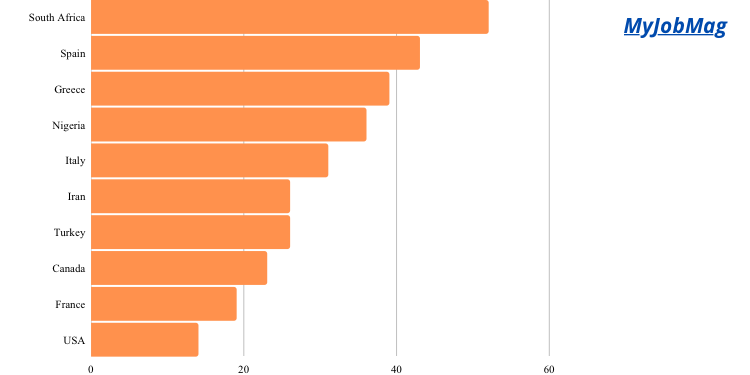 In addition to South Africa facing a harsh economic recession that has led its GDP plummeting by over 16% just last year, its record-high youth unemployment rate is fueled by the shortage of skilled professionals due to the high student drop-out rate.

Nigeria also faces a similar fate. According to its National Bureau of Statistics, its young people are the worst hit by the unemployment crisis in Africa’s biggest economy with 13.9 million young people  being unemployed.

In addition to the  absence of educational qualifications and the right skills that are  requirements of the labor market, the following factors are responsible for the high rate of youth unemployment:

The presence or absence of economic growth and development directly impacts the labour market. The more  opportunities there are, the more jobs would be available and unemployment reduced; and in the same vein, economic contraction would result in the increment of joblessness.

Noticeably, young workers are frequently observed as the most unimportant. They are seen as most disposable because  they typically lack experience and as a result, they are the most hit by financial crisis.

This is also known as geographical unemployment. It is caused by parts of a country developing at an unequal rate. Granted, certain areas would attract more economic opportunities than others, but in cases where the differences are lopsided, the young people are usually the ones to suffer most from its effects.

In the situation where they migrate for better opportunities, they tend to over saturate the (relatively) economically successful area. This is most common in Africa and parts of the Middle East.

Many young people have the expectation of  securing a significant job  which gives a 'living pay'. According to the OECD,  they likewise face quite certain obstructions in  the work market, where there are issues with incorporating young people into work places.

Some work places have also failed to cater to the compelling flexibly of young job seekers. As a result, many of them  are unwilling the take-up the jobs that are available. Thus, leaving them to navigate between joblessness, training,  temporary and insecure employment

In addition to young people bearing the brunt of economic downturns, there is a groups that bears it even more – girls and young women. Majority of the over over 621 million young people the OECD reports as  unemployed are women.

This is particularly worse in North Africa and the Middle East where the female youth unemployment rate is almost double that of young men, going  as high as 44.3 and 44.1%, respectively.

To have a better understanding of Nigeria's unemployment problem, read here

This article was written and edited by a staff writer.
Share