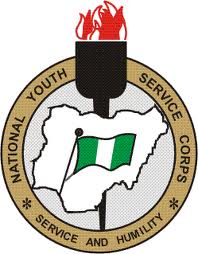 This is to inform the public and in particular, all prospective corps members that the NYSC 2013 Batch ‘C’ Orientation course will commence in all NYSC Orientation camps, nationwide as detailed below:

All prospective corps members stated to participate in the above mentioned programme are therefore advised to proceed to their respective camps as stated on the call-up letters. Foreign-Trained graduates are to report to the camp with their travelling Passports for easy identification.

In the event of any loss of call-up letter, the corps member is advised to obtain a Police report and Sworn Affidavit and thereafter, report to the Institution of graduation for further necessary action.

However, prospective corps members deployed to Adamawa, Borna and Yobe states should note that their orientation course will run concurrently with others in the camp venues as indicated in their call-up letters. For the avoidance of doubt Taraba will host Adamawa, Gombe will host Borno while Bauchi state will host Yobe state corps members

Please note that corps members are not allowed to bring their cars to the Orientation Camp.

Original Call-Up Letter.
Original Statement of Result endorsed by authorized officer with authentic signature.
School Identity card including travelling Passport for foreign trained graduates.
Medical Doctors, Pharmacists, and Optometrists as well as Dentists are to produce evidence of completion of housemanship/internship, and evidence of registration with their Professional Bodies.