How Altruism Could Help Get You Hired 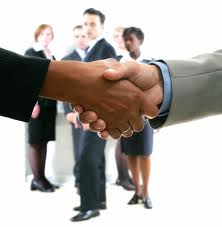 Career advisers often tout the value of internships in securing a full-time job. But a new survey from Deloitte shows that more altruistic pursuits might also help candidates get hired.

According to the survey of 202 human-resource executives, skilled volunteer work—such as helping a nonprofit with its finances—makes job applicants look more appealing to hiring managers.

For recent college graduates, skilled volunteer work could set them apart from the competition; yet less than half of college seniors say they have considered volunteerism as a way to develop their skills for future jobs, according to the survey.

Some 12.6% of Americans 20 to 24 years old are unemployed, but according to a 2012 Bureau of Labor Statistics analysis, less than one-fifth of them volunteer, the lowest percentage of any age group.

Recruiters and job seekers don’t seem to be on the same page when it comes to the value of service. Of the executives surveyed, more than 80% said they would be more likely to hire a graduate with skilled volunteer experience. But fewer than half of college seniors surveyed by Deloitte said they had thought about volunteering to increase their marketability.

The company also surveyed more than 100 members of the U.S. armed forces who will be entering the job market in a few months, and found that most hadn’t considered volunteering as a way to improve their prospects, either.

The findings illuminate an important gap that, if bridged, could benefit nonprofits, employers and job seekers, said Evan Hochberg, national director of community engagement at Deloitte. “Problem solving and gaining perspective are not unique to one sector.”


Want to get a job fast? Signup and complete your profile on MyJobMag. Employers will find you 4x faster with a complete profile. You can download your completed profile anytime
Signup Now