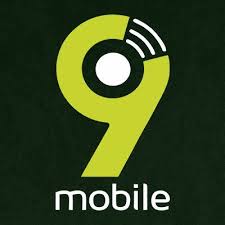 The 9mobile Prize for Literature is a Pan African prize that celebrates debut African writers of published fiction. The recently concluded 9mobile Prize for Literature award ceremony was held on 20 May 2017 in Lagos, where Jowhor Ile emerged the winner for his debut novel, And After Many Days. Jowhor is the first Nigerian to win the Prize, which was launched in 2013. Past winners include the Democratic Republic of Congo’s Fiston Mwanza Mujila (2015), South Africa’s Songeziwe Mahlangu (2014) and Zimbabwe’s NoViolet Bulawayo (2013).

Description
Following the successful completion of the fourth edition of its flagship pan-African literary prize, Nigeria’s most innovative telecommunications company, 9mobile, has announced a call for entries for the 2018 9mobile Prize for Literature.

The 9mobile Prize for Literature is the first pan-African literary prize that celebrates African writers of a debut published book of fiction.

Prize Profile
The winner receives £15,000, an engraved Montblanc Meisterstück pen, and an 9mobile-sponsored fellowship at the University of East Anglia, where he or she will be mentored by Professor Giles Foden, author of The Last King of Scotland'. The winner and the two runners-up also participate in a multi-city book tour sponsored by 9mobile. 9mobile purchases 1,000 copies of each of the shortlisted titles for distribution to schools, libraries and book clubs across the African continent.

How to Apply
Applicants should Fill and Download (Print) an Application form, the application form should be submitted along with seven (7) copies of the published book to the address below:
9mobile Office,
6th Floor, Building 2,
Oriental Office Building 3,
Lekki Road - Victoria Island,
Lagos State.